a month of sundays: October 24 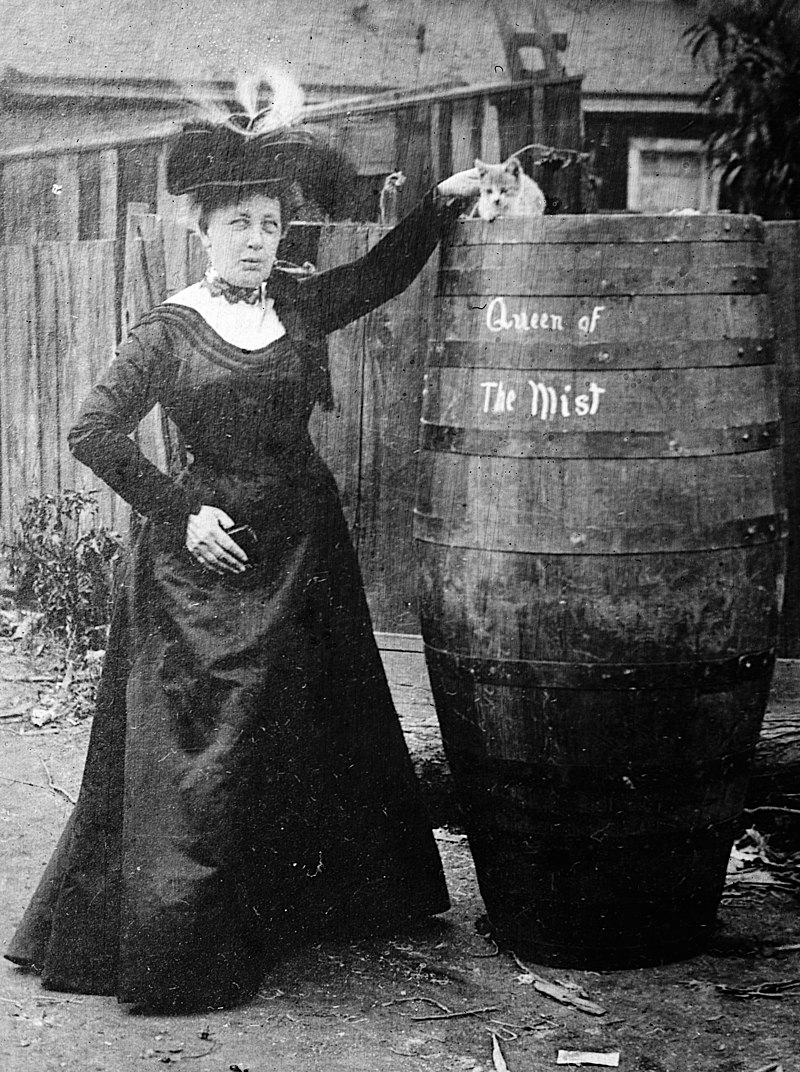 On her 63rd birthday, October 24, 1901, Annie Edson Taylor became the first person to go over Niagara Falls in a barrel and survive. She is pictured with her barrel and her cat (who went over the Falls in an earlier test run). Since 1853, approximately 5,000 people have gone over the Falls — some intentionally, others swept over and many more as suicides. Mortality rate among the daredevils: 25%

On October 24, 2018, a person in South Carolina also did an incredible feat; they won $1.537 billion (or a lump sum payout of $877.8 million) in the MegaMillions Lottery; the largest prize ever won by an individual. As South Carolina is one of six states which allow residents to claim lottery prizes anonymously, the name of the winner remains a mystery.

Jane Seymour, the third wife of King Henry VIII, died on October 24, 1537, 12 days after giving birth to Edward VI, Henry’s much desired male heir. The lyrics of “The Death of Queen Jane” aren’t historically accurate, but . . . .