r is for rocket metallic 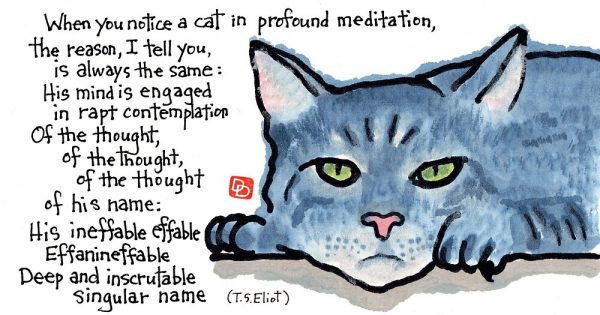 Melita, empty wine glass in hand, uncurled herself from the corner of the sofa. “Time for a refill,” she said heading towards her tiny kitchen. Calling back she asked, “Anyone want anything?”
“Razzmic berry,” Griswold replied, not looking up from the lap top screen.
“Don’t have that particular juice,” she laughed, “How about raspberry pink lemonade?”
“Not juice, name, silly” he replied, laughter bubbling out of his tufted ears.
Melita poured a generous portion of sauvignon blanc into a thick-walled mason jar – the safer glass option when Griswold was downstairs. Was the bottle half-full or half-empty? She thought of asking Griswold to distract him from continuing the name game.
A tiny calico kitten, snored softly in Griswold’s lap, stirring gently as if she knew her destiny, by way of her naming, was being discussed.
And joined her in the kitchen retrieving an iced glass from the freezer, pulling a Grolsch from the fridge, and flipping open the swing top.
“You’re no help,” she chided. And’s contribution was reciting snippets from T S Eliot’s Old Possum’s Book of Practical Cats.
Sitting next to Griswold on the floor, he said, “the naming of cats is a difficult matter . . . as a cat must have THREE different names” placing emphasis on the number.
Griswold’s eyes widened, Melita rolled hers. They had taken turns picking a random letter from whatever random online list chosen for potential names. Griswold had chosen “r” from a colour site
Checking off on his fingers, And mused “there’s the name that the family use daily . . . a sensible name.”
Griswold called out “Rose, Raspberry?”
And continued, “Second: a name that’s peculiar, and more dignified,”
Griswold shouted “Regalia! or Rackley?”
“That can never belong to more than one cat,” And countered.
Eying the lap top screen, Griswold tentatively produced: “Rebecca Purple Rhythm or Radiant Orchid Razzle Dazzle!”
And ruffled Griswold’s fur, “But above and beyond, there’s still one name left over.”
“Like from last night’s supper?” Griswold made his “yucky” face.
“No,” And replied, “this is the name you never will guess . . . Only the cat knows and will never confess.”
Griswold glanced down at his new friend, “Never tell even me?” His expressive tail swished huggishly around himself.
Placing a platter of crackers and cheese down on the coffee table, Melita rejoined the conversation, “Well, according to Old Possum it’s something that cats do tend to keep all to themselves.”
“Is he some bigwigged person?” Griswold asked, “Maybe if send requesting tweetering asking for him to tell kitten to tell . . .”
Melita and And winked at each other; Griswold’s concept of how the humanish world worked at times could be as fuzzy as his fur after a bath.
And stroked the kitten generating a purr. “Old Possum is an authority on humanish cats. But, if this one is from Rigil 12, there’s a chance she doesn’t know the rules.”
“No, silly, she’s from an animules shelter.”
“But do you know how she got there?” Melita asked, hoping to cheer him up.
Griswold proclaimed, his happy tail about to send the snack tray and lap top flying, “I know names now and I wait to know third til she is more growned up and telling.”

In case you haven’t met, Griswold is a small monster, orangish fur, tufts of hair on the tippy-top of his ears, amethyst eyes, large paws with long talons, swishy tail longer than he is tall. His tail is expressive – it makes frowns and smiles. Laughter chuff-chortles out of his ears, and he does a splay-footed dance of greeting and happiness.
He lives in the attic apartment with his parents, Mrs. & Mr. G above his friend (or pet, she isn’t sure which) Melita. Since their first meeting, they have shared adventures in their midnight garden behind the house. Life with the Griswolds is never dull, and they have grown into each other’s lives.
And Gumpsion joined the duo in their adventures after meeting Melita during a midnight delivery on behalf of his father. He shares the same strange night-time routine, and love of the magical world that Melita and Griswold do. That special place, that magical world which surrounds us if we stop and listen for its rhythms. (compilation of Griswoldian intros/bios)

R is for rocket metallic for a to z challenge (bold = colour name)
italics = quotes from T S Eliot’s “The Naming of Cats,” Old Possum’s Book of Practical Cats.” taken from poetsandpoems.com
feature image: “the naming of cats (eliot’s cat series)” by dosankodebbie