Viola Desmond’s life narrative shines a light into the darkness of inequality. Born into a world with an “unwritten code” of discrimination, and segregation, Viola challenged systematic racism in Canada.

In the early 20th century, changes in styles for women and an emphasis on fashion trends, opening beauty parlours offered opportunities for female entrepreneurs to obtain personal and financial independence. After teaching in segregated schools (one of the few employment opportunities available for black women), Viola was determined to achieve her dream – opening a beauty salon.

At the time, few beauty culture schools accepted black students. Viola moved to Montreal (Field Beauty School), then Atlantic City and New York to earn several diplomas. Empowered by her education, she opened Vi’s Studio of Beauty Culture in Halifax. She developed her own line of products to address the specific beauty needs of black women.

Recognizing the need to provide black women with similar opportunities, she founded the Desmond School of Beauty Culture. Here, students learned hair-styling, cosmetics and wig making. Graduates dispersed throughout Atlantic Canada, often opening their own studios. With her graduates as additional outlets for her growing line of beauty products, Viola became a successful entrepreneur. 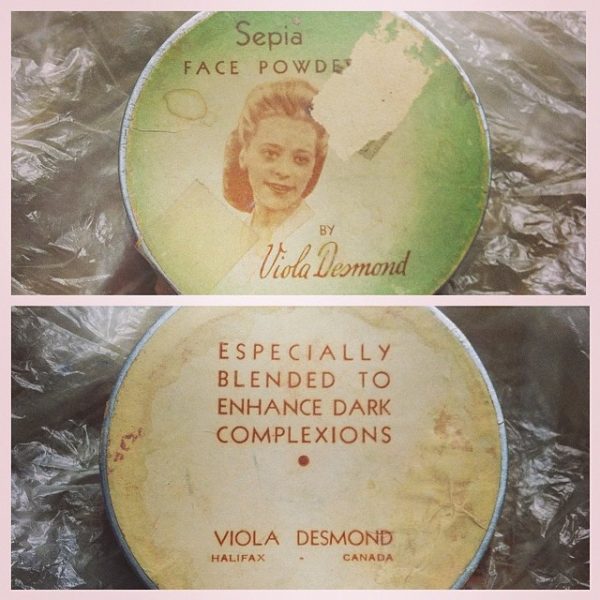 While on a business trip in 1946, Viola’s car broke down near New Glasgow, Nova Scotia. Having to spend the night in town, Viola decided to see a movie at the Roseland Theatre. There were no official segregation laws for theatres in Nova Scotia, and no signs indicating there was black and white seating areas. So, Viola chose her preferred seat in the lower section of the theatre closer to the screen.

This area was considered for whites only, and she was asked to leave. When she refused, the police were called. She was arrested and forcibly removed from the theatre. Rather than a night in the hotel, she was held without bail in the town jail, her hip injured during her arrest.

She was charged with tax evasion – there was a one cent higher tax for the lower seats. Without legal representation, she was tried and found guilty. With the support of the black community, and a lawyer from the NAACP, she challenged the conviction in court. 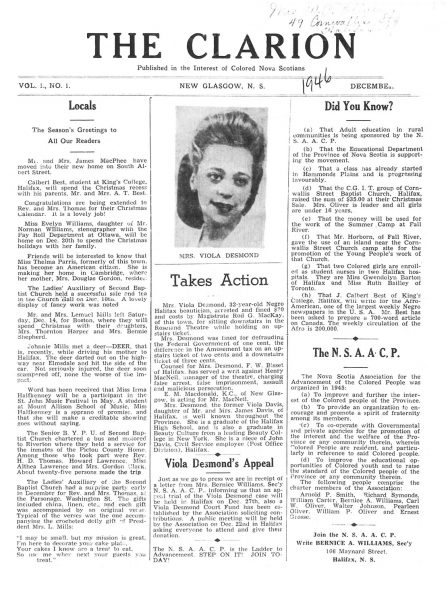 While she was unsuccessful getting the conviction overturned, and her name cleared, she did spark the modern civil rights movement in Nova Scotia. Her court appeals received national attention galvanizing black communities across Canada. Nine years before Rosa Parks refused to move, Viola’s refusal became a lasting symbol of the struggle for rights in Canada.

Through the persistence of her sister, Wanda Robson, 45 years after her death (in 1965), Viola was granted a posthumous free pardon, and the government of Nova Scotia issued an official apology for the wrongful conviction. At the same time, reaffirming its commitment to human rights.

Her importance continues to be honoured. These include a scholarship at Cape Breton University (Sydney, Nova Scotia), a university chair, a commemorative stamp, and a Halifax harbour ferry, and a Google Doodle. Numerous books and a play chronicle her life narrative. On December 8, 2016, she was chosen to be the first woman to appear on a Canadian ten-dollar bill.

Her bill has radically different vertical design: described as “bold and unique,” it is a fitting tribute to a woman who challenged the “norm.”

*oatcakes&snowdrops: Canadian women’s history, one minute, one moment @ a time