a month of [september] sundays on a tuesday 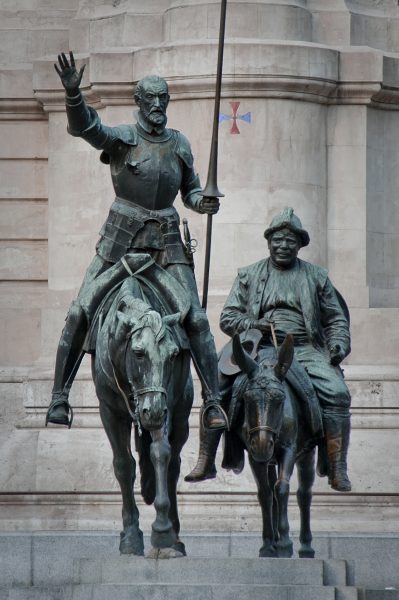 1547: Miguel de Cervantes born. His masterwork, Don Quixote, (published in two parts: 1605 and 1615) is considered by some: “A founding work of Western literature, . . . often labeled ‘the first modern novel’ and is sometimes considered the best literary work ever written.” Wikipedia

1829: Britain’s “bobbies” made their first public appearance. Greater London’s Metropolitan Police force was established by an act of Parliament at the request of Home Secretary, Sir Robert Peel, after whom they were nicknamed. The force later became known as Scotland Yard, the site of their first headquarters.

1916: American oil tycoon John D. Rockefeller becomes the world’s first billionaire. Now, he would be far from alone. According to a Forbes.com article in March of 2019, there are:

1954: Willie Mays made his famous over-the-shoulder catch during Game One of the World Series

1916: In a bid to prove that women were capable of serving as military dispatch riders, Augusta and Adeline Van Buren arrive in Los Angeles, completing a 60-day, 5,500 mile cross-country trip on motorcycles.

1981: The Senate Judiciary Committee unanimously approves Sandra Day O’Connor to become the first female justice of the Supreme Court of the United States

authors with september birthdays: a sampling

sampling of what I’ve been listening to this month