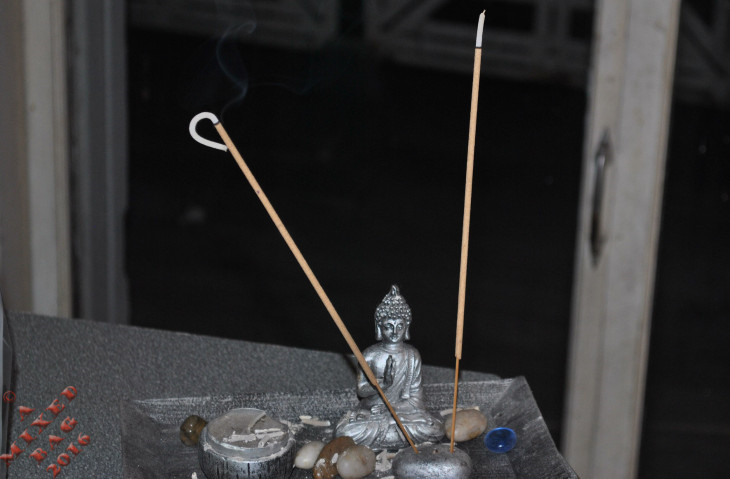 Sally lit the incense in her special burner. Patchouli filled her small apartment, once again replacing the stink of death.

She really should do something about the body before the neighbours complained. But she was so tired when she got home from her waitressing job.

A couple of Jack Daniels and she was flaked out on the couch. Next thing, sun was in her eyes. “How’d ya get a body out in daylight,” she thought.

Thank the Lord for Walmart and the discounted air conditioner running day and night, keeping the place cold.

Packed up her special incense tray last of all. “Guess it’s Karma, Buddha old buddy,” she murmured. “We’re on the road again.”

Funny thing  – new graffiti outside her apartment building: “Your karma ran over my dogma.”*

“Good thing I ain’t got a dog,” she thought. Dead Joes was bad enough.

Pretty much stream of unconsciousness for Sunday Photo Fiction December 18, 2017